Phobos is the navigator for the starfighter Equinox. He is very resentful of Abel, and seems to be very controlling over his fighter, Deimos. He is a part of Project Thebes or "The Shady Plan" with Deimos, Cain, Keeler, Encke, Bering, Cook and Abel, who is unknowing of his position, since he acquired this information recently and without permission.

Theory on Anger Towards Abel

Phobos is a very bitter character that shows a lot of anger and resentment towards Abel (and other navigators) throughout the comic and game Eclipse. He shows affection towards Cook and Porthos (with a nice scene of Cook and Phobos in Chapter 4 . Though Phobos is rude to Abel there could be a reasoning behind it. In Chapter 4 when Phobos is in Cooks office *Through pages 35 - 39* Phobos and Cook seem to have a (sexual) friendly history. Phobos seems to have had a "fling" with Cook since he has been in space (either for sexual purposes and or to get information off of Cook), yet Phobos knows Cook is busy with work and can have "any navigator on the ship" . Phobos in spite of what Cook has said and done (including other navigators) found himself new navigator that was "infinitely better" than Cook (Porthos). Before their copulation scene with Cook and Phobos, Phobos mentions that "he knows what Cook wants" whilst Cook responds back "You're over my little "obsession" then?" in which Phobos gets mad and responds with it "being rude to talk about another man in the bedroom". Cook's new obsession has been with Abel and his intelligence that can be related to the Colteron device that mother has shown in Mid-Chapter 3 and Abel's affiliation with Project Thebes. Either Phobos is angry at Abel because he has taken Cook "away" from him resulting in his bitter attitude, or Phobos was the previous muse of Cook in which he could have discovered the Colteron device but has missed his mark, in which Cook went in search of a navigator who could do the job (Abel) whom is a cute, smart navigator which would again intimidate Phobos. Though after fornication with Cook, Phobos's real plan was to take information from Cook's computer, hacking into it. He looked through Cain's records and discovered something interesting then quickly escaped from Cooks office. Either Phobos can be seen as an antagonist, or a protagonist depending on the information he found on Cain and what he is going to do with it.

This article is a stub. You can help StarFighter Wiki by expanding it. 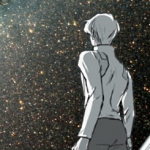 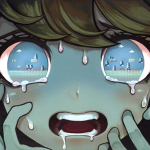